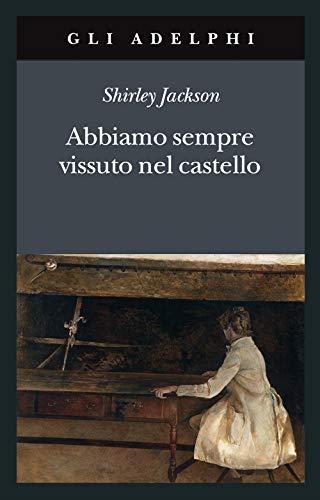 We Have Always Lived in the Castle is a 1962 mystery novel by American author Shirley Jackson. It was Jackson's final work, and was published with a dedication to Pascal Covici, the publisher, three years before the author's death in 1965. The novel is written in the voice of eighteen-year-old Mary Katherine "Merricat" Blackwood, who lives with her agoraphobic sister and ailing uncle on an estate in Vermont. Six years before the events of the novel, the Blackwood family experienced a tragedy that left the three survivors isolated from their small village. The novel was first published in hardcover in North America by Viking Press, and has since been released in paperback and as an audiobook and e-book. It has been described as Jackson's masterpiece. Its first screen adaptation appeared in 2018, based on a screenplay by Mark Kruger and directed by Stacie Passon.

The reader finds themself taking part in the perplexing day-to-day lives of the remaining Blackwood family through the puzzling eyes of Miss "Merricat" Blackwood. This world has you always feeling that something is not quite right; from the villagers, to the Blackwood family, and the settings themselves, the lurking unease never leaves. This work is beautifully crafted but, upon finishing, I was left wondering why I had ever picked it up to begin with. (3.5/5)