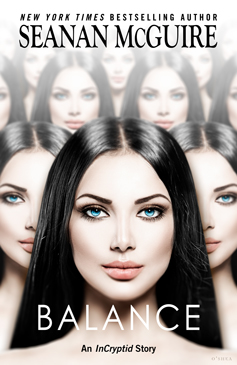 The cuckoo: the greatest psychic ambush predator this world has ever known. Wherever they originated, they're here now, and killing them is even more difficult than catching them. They walk among us, perfectly disguised, perfectly capable of pretending to be nothing more than another face in the crowd.

Eliza is a beautiful example of her breed. Cool, cunning, and poised for the kill, she sees nothing wrong with taking whatever she wants, whenever she wants it. Humanity is so easy to manipulate, after all; surely it would be more difficult if she wasn't meant to prey on them. In all things there must be balance. And when the predator becomes the prey, is there any hope for escape?

"Balance" was originally published in the anthology Urban Enemies, released in August of 2017. Copies are available for purchase now from a bookstore near you.