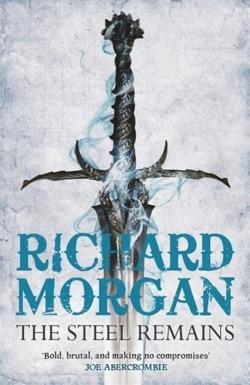 The Steel Remains (2008) is a fantasy novel by British writer Richard K. Morgan. It is the first fantasy book by Morgan, a noted science fiction author known for the Takeshi Kovacs trilogy and the standalone novels Market Forces and Black Man. The Steel Remains is the first book in the A Land Fit For Heroes trilogy. A Land Fit For Heroes was originally the working title of the book, and was retained as the series title after first Morgan and the UK publisher, and then the US publisher, decided to title the book The Steel Remains. The following two volumes, The Cold Commands, and The Dark Defiles, were published in 2011 and 2014 respectively.